Helping executive leaders and entrepreneurs who have moved from feeling frustrated to finding fulfillment and overcome procrastination.

Eric M. Twiggs is a founding partner and president of The What Now Movement. His mission is to build high-performing entrepreneurs, authors, and career professionals, who prepare for life’s unexpected curveballs.

He is the author of The Discipline of Now: 12 Practical Principles to Overcome Procrastination, a Global Top Ten Finalist for the 2020 Author Elite Awards in Best Self Help Book.

Also, Eric is the host of a weekly inspirational podcast titled “The 30 Minute Hour.” As a Certified Life & Business Coach, Eric has conducted over 28,000 coaching sessions, helping executive leaders and entrepreneurs who have moved from feeling frustrated to finding fulfillment. In addition, he has also led 500 or more people in corporate America and shared his message with corporations, associations, and congregations across the country.

Don’t miss out on this episode as Eric walks us through his procrastination prevention pyramid, what led him to coach, and a gift he gives to The MindShift Podcast listeners.

Peak performance as it relates to procrastination

Eric on writing his first book

Why are some people willing to do the work long after the commitment?

The things that hold people back from taking action

Distinguishing characteristics that can help get you unstuck today

What led Eric to coach?

Differences between pre and post-pandemic

How to distinguish between tasks and projects?

Eric’s greatest satisfaction as a coach

When the pressure mounts for Eric

The one thing Eric wants to be remembered by

21:52 – “I knew that a coach is one of the things I’ll be called to because I’d be out. And I would just strike up a conversation with somebody, and this person will start telling me all about his business. It happens regularly, where I’m in the Verizon store, getting my phone looked at, and the guy’s telling me, you know, I got this business on the side, and I got a partner, what do you think I should do and blah, blah, blah. I think that’s definitely something I feel like I’m called to do.”

What holds you back

16:12 - “A lot of times when you’re trying to get to that next level, that’s when you start hearing those voices talk to you. I think everybody experiences that to the degree that you experienced that resistance. Sometimes resistance is in your head, a lot of times called the lizard brain, because your brain is trying to protect you. So if you say I’m going to start my own business, all of a sudden, you’re going to get these thoughts about what if this happens, or what would it get, could you handle this, but that’s natural. That’s your brain trying to protect you. Some people can’t get past that. They just listen to that, and they stop. Then sometimes you are surrounded by people that are trying to talk you out of your thing. And that’s why you really have to be careful with, and I’ve just found that it’s never, if anybody’s talking me out of doing something aspirational. Never anybody like you, right? Never that the entrepreneur has got a podcast that’s in the arena, it’s always the person is not doing those things, right.”

4:54 – “Procrastinating is when you are delaying or putting off until later, what you really should be doing now, that’s just the most fundamental definition of procrastination.” – Why do we do that? Why do we do that? – “There’s a lot of reasons. I’ll tell you this, the fundamental reason there’s some level of discomfort, that that’s like the root of all procrastination, there’s some level of discomfort you have with the pending task.”

Eric M. Twiggs is a founding partner and president of The What Now Movement. His mission is to build high-performing entrepreneurs, authors, and career professionals, who are prepared for life’s unexpected curveballs.

Also, Eric is the host of a weekly inspirational podcast titled “The 30 Minute Hour.”

As a Certified Life & Business Coach, Eric has conducted over 28,000 coaching sessions, helping executive leaders and entrepreneurs who have moved from feeling frustrated to finding fulfillment. In addition, he has also led 500 or more people in corporate America and shared his message with corporations, associations, and congregations across the country.

Reading The Discipline of Now, you will receive a proven blueprint to overcome procrastination, so that you make more money, get more done, and feel more confident.

The Discipline of Now

One Moment in Time

A gift to MindShift Podcast Listeners – Text: Twiggs Time to 474747 You will get free instant access to Eric’s audio version of his book The Discipline of Now

Click here to follow on Apple Podcasts, while there, please leave a 5-star rating and review. If you haven’t done so already, join the free MindShift Community to connect with other like-minded people. Don’t forget to tag me @mrdarrellevans on Instagram.

Thanks for listening,
Darrell 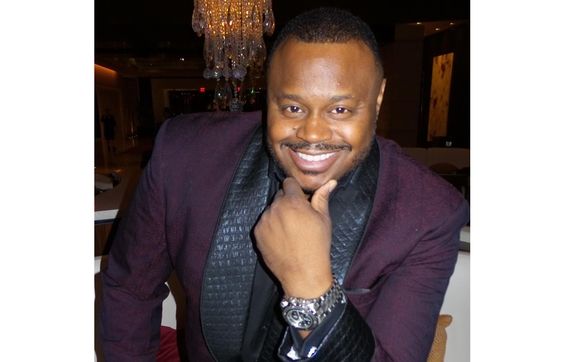 Automate your Way Out of the Rat Race with Chris Davis